What is Vitiligo? Can Vitiligo go away? 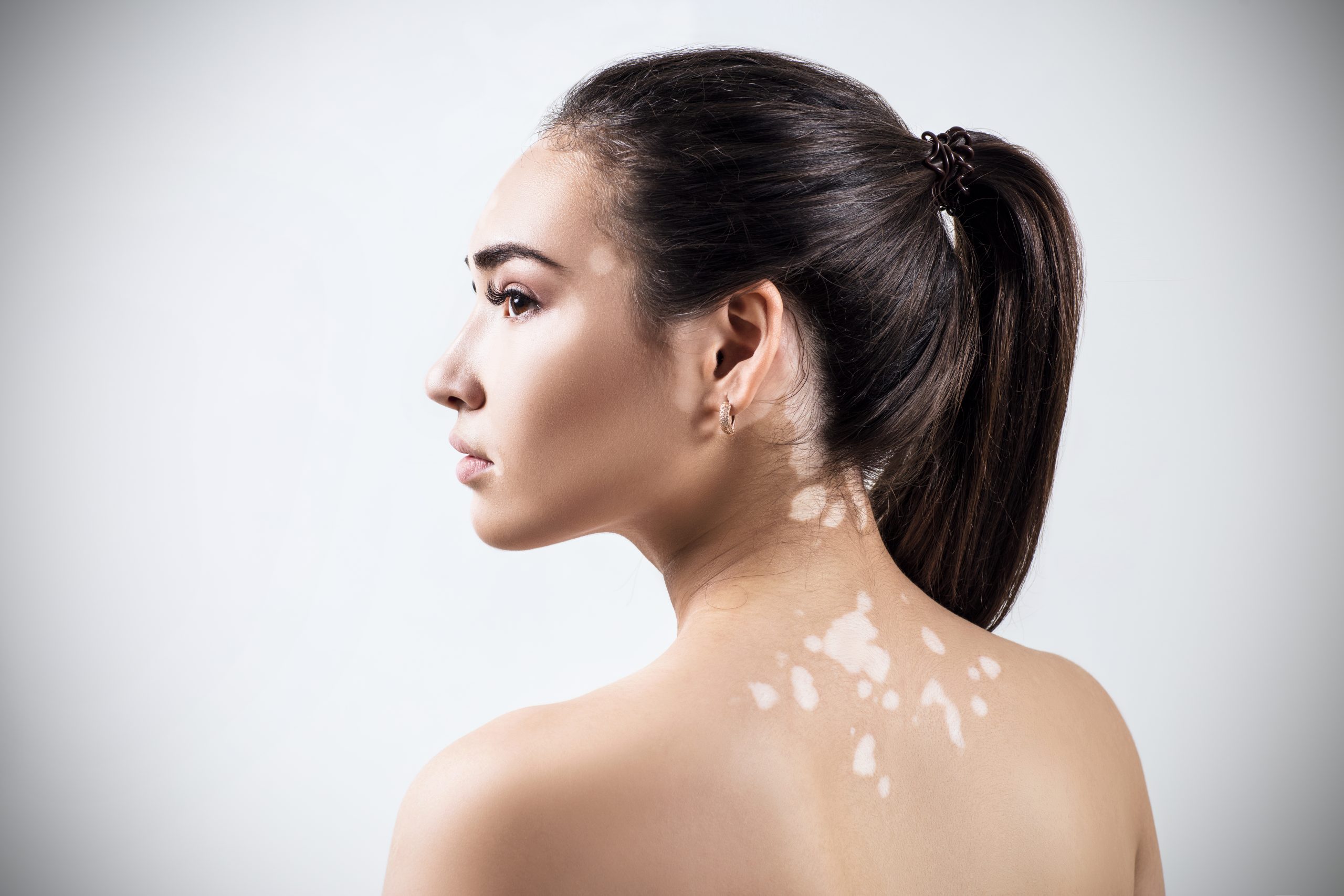 Vitiligo is a disease due to a lack of melanin that causes loss of skin color and develops white patches on your skin. The discolored areas typically get more extensive over some time and can affect any part of your body. It’s most common on the face, neck, and hands, but it can also affect your hair and the inside of your mouth.

The color of your skin and hair is determined by melanin. Vitiligo occurs when the cells producing melanin die or stop functioning. Although the symptoms appear to all skin types, it is more apparent to darker skin color. This condition isn’t life-threatening. However, it can be stressful for people suffering from this.

Vitiligo treatment may restore the color to the affected area, but it doesn’t prevent a recurrence.

These are the areas of your skin that are most commonly affected by Vitiligo.

The area that Vitiligo may affect depends on the type of Vitiligo you have.

Here are some common symptoms of Vitiligo.

Anyone of any age can experience Vitiligo, but it usually occurs at 30 years old.

There are two main types of Vitiligo — segmental and nonsegmental Vitiligo. Universal or complete vitiligo is a rare case of  Vitiligo when it can affect a person’s whole body.

In nonsegmental vitiligo, also known as generalized vitiligo, the signs usually appear on both sides of your body as symmetrical white patches.

These symmetrical white patches may appear on the:

Non-segmental vitiligo is the most common type of vitiligo. It can affect 9 out of 10 people.

Segmental vitiligo, also known as localized vitiligo, the white patches only affect one area of your body. This type of vitiligo is less common than nonsegmental vitiligo, but it’s a common condition in children. It affects 3 out of 10 children with vitiligo.

As mentioned earlier, vitiligo is due to the lack of pigment called melanin in your skin. This condition causes white patches to develop on your skin or hair. Melanin is naturally produced by skin cells called melanocytes, and it plays the role of giving your skin its color.

It’s not yet clear why the melanocytes disappear from the affected areas of your skin. However, it may be related to these factors.

You are most likely to be prone to nonsegmental vitiligo if:

Segmental vitiligo is caused by the chemicals released from the nerve endings in your skin, which are poisonous to melanocyte skin cells.

There is a chance that some particular events may trigger vitiligo. These include:

An infection does not cause vitiligo. You cannot get it from someone else who has it.

Can Vitiligo go away?

If vitiligo is severe and it’s making you unhappy, you may want to consider treatments. The white patches developed on your skin caused by vitiligo are often permanent. However, there are treatments available that can help in reducing their appearance.

If the patches are small, you can try applying skin camouflage cream to cover them up. You can also use steroid creams to restore some lost pigment. However, long-term use of this can cause stretch marks and thin skin, so other alternatives may use other topical medications to prevent this. Light therapy can also be beneficial to some vitiligo patients. Although treatment for Vitiligo is tough, there may be some options that are right for you.

To learn more about Vitiligo, visit Smart Skin Dermatology and see all the services that we offer. Schedule your consultation and contact us today!